We bear responsibility not only for our customers and employees, but also for the society in which we live. That’s why social commitment is not an obligation for us – it’s a matter of course! 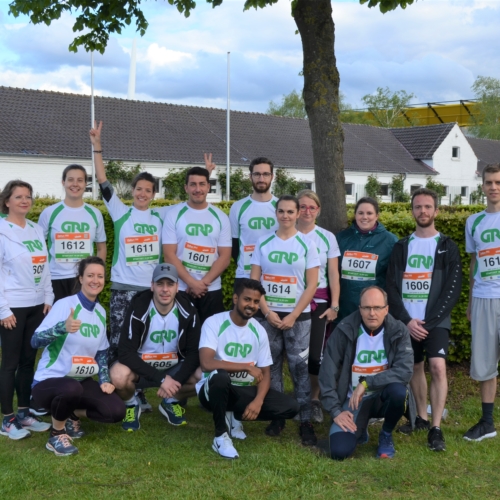 As an owner-managed, medium-sized and locally rooted company, the topic of social commitment is very important to us. The support of social projects outside our daily work also plays an important role for us. On this page we would like to report regularly about activities, actions and projects in which FLS is involved.

Good actions give strength to ourselves and inspire good actions in others. 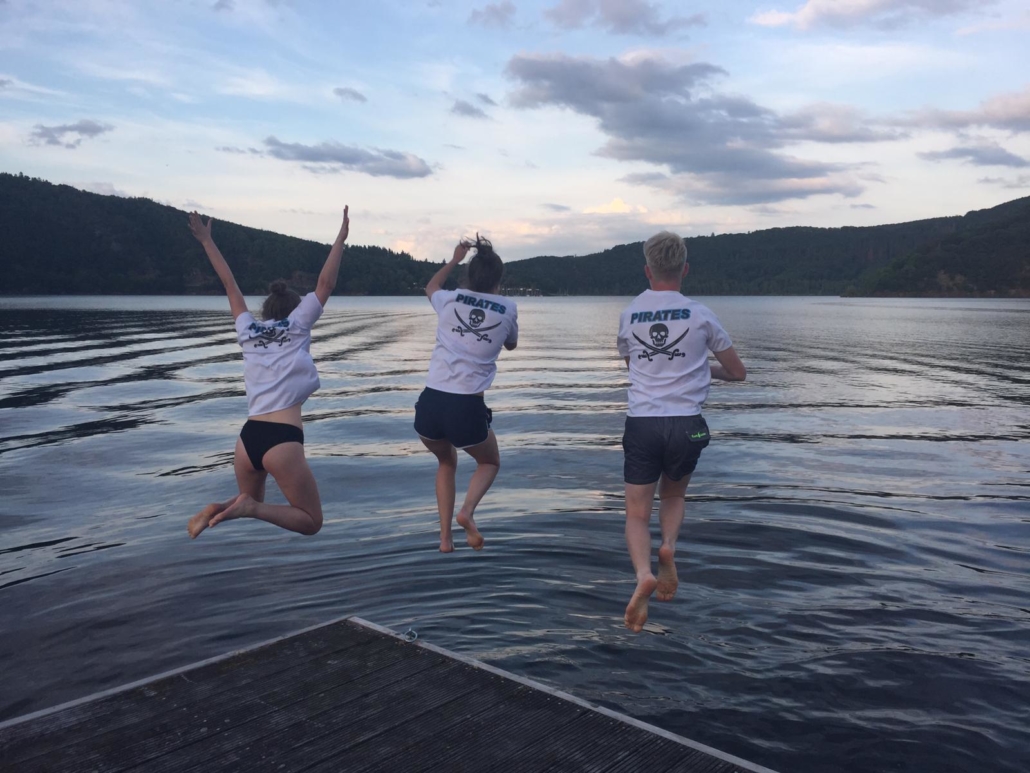 Also in 2019 the FLS paddled again together with the GRP in a boat at the Rursee – Cup, where 20 persons in a dragon boat will compete for the victory in different races. As already shown in 2018, the support of young people is very important to us. For this reason we decided to support the team of “FLS Pirates” again this year. As the youngest team they paddled under the top ten this time, which meant reaching the goal of the last competition and everyone was very happy.

The “Clinic Clowns” are people who encourage sick and needy children and adults in the university hospital and other care facilities and try to offer them a funny change from their everyday life. The positive, emotional and open encounter often contributes to better well-being and the healing process. Not only because of our proximity to the University Hospital, but also because these social issues are very close to our hearts, we have decided to support and promote this association. We do not want to do this only once, but the assistance should take place all year round. You can also contribute to such a good cause by collecting empty printer cartridges. Each cartridge means a donation for the “Clinic Clowns”. 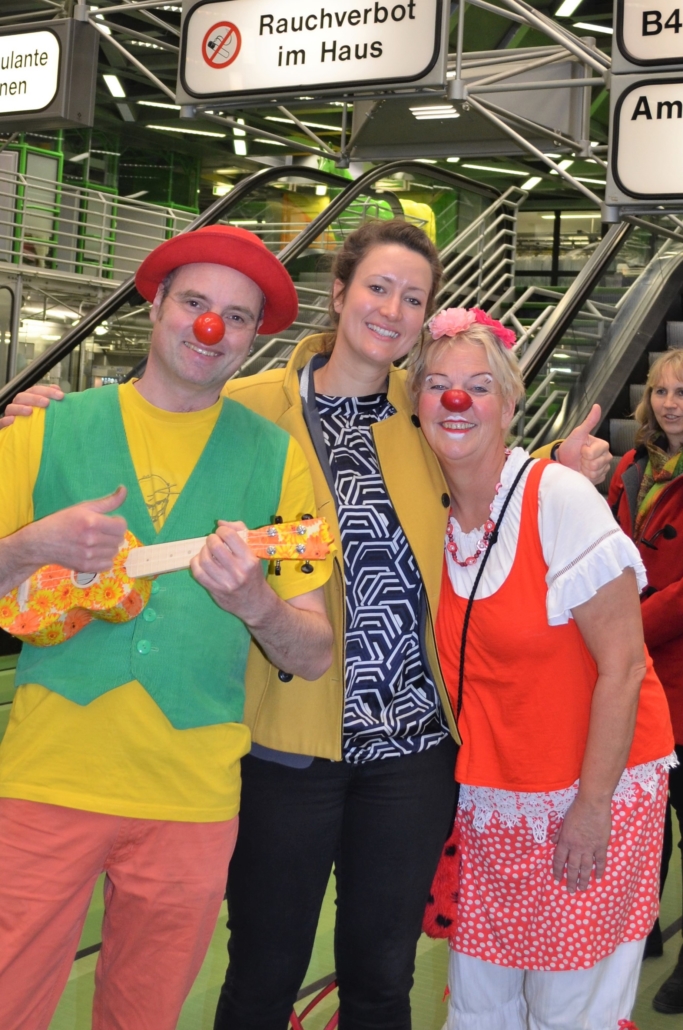 In mid-July the Aubinger Zeitungcup took place once again. A football tournament, which attracted some youth teams from the region around Aubing, west of Munich. FLS assured their support and is looking forward to further projects with youth clubs in the future. In eight age groups of the years 2005-2012 four teams played against each other, mostly in two groups. Games of 12-15 exciting minutes – depending upon age group – held the tendency high. At the end of the tournament there was an inclusion tournament, which also offered children with disabilities the opportunity to play football with passion.

Last year we – the FLS – took part in the Dragon Boat Race for the first time as a mixed team consisting of employees from FLS and GRP. Besides the great ambition to do well, the main focus was on having fun. In order to share this fun with others, FLS decided to support the youth team “FLS Pirates” this year. With an average age of 16 years, the youth team was the youngest team in the entire competition and was even able to assert itself well. Paul Scholz, the team captain of the “FLS Pirates”, tells us about the experiences of the youth team:

What kind of team are you?

Our team consists mainly of my circle of friends, even if some of them already know each other. Either from the previous year, or from school, football club or the like.

What is the composition of your team?

What makes you different from other teams?

Why do you participate?

Basically, because we enjoy it a lot. But of course also because my father – and our water sports club – organise it. Since my friends know him and how much work he does, we want to reward him for his hard work and expand the starting field with our team.

How long have you been with us?

How did it come to your name?

What is your strategy?

Of course, I can’t give it away so easily now… I say: Paddle over the finish line as fast as possible and preferably first.

Like every year, the organisation was very successful. Once again everything has been thought of so that nobody could have died of hunger, thirst or been bored. But also the organisation before the race was great.

What do you think about your ranking?

I think that being the youngest team to become 11th out of 31 teams is something to be proud of. But of course we want more!

Next year, of course, we’ll be there again. The preparations are already underway and then of course we want to paddle at least into the top 10. Preferably with the FLS as sponsor again. 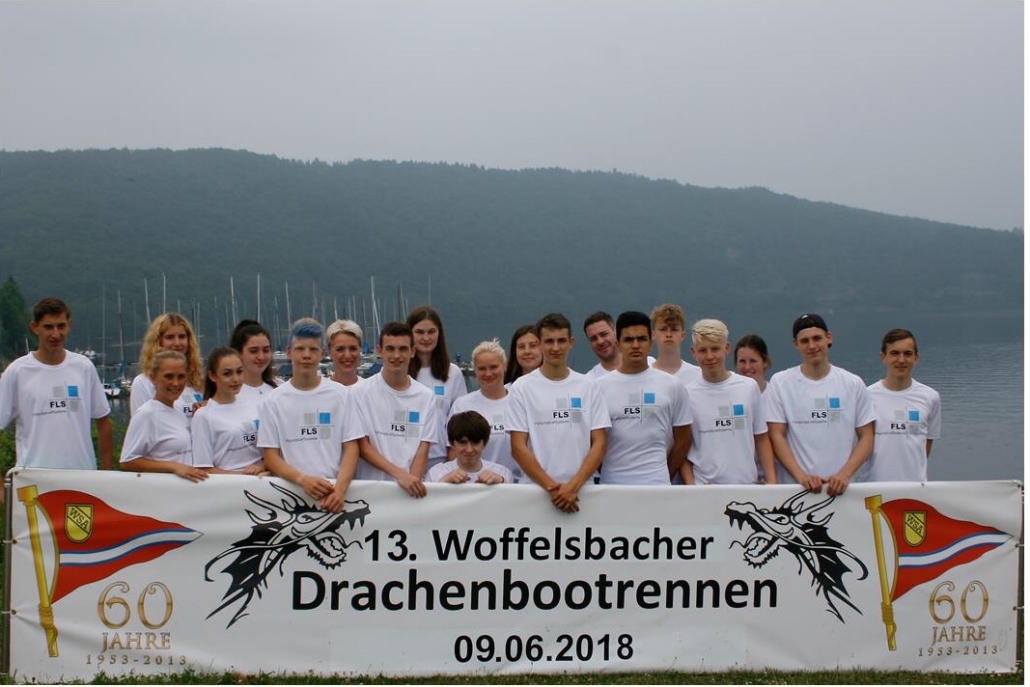 A team of seven employees successfully represented the companies GRP and FLS at this year’s B2Run Company Run in Aachen.

More than 3600 runners started the B2Run company run on April 26th at the Soers in Aachen. Among them was a team of 7 GRP and FLS runners including the management. The 5.2 km long course started on the CHIO grounds, led through the Soers valley and a round, under full cheers, through the Aachen Tivoli. The race ended in the jumping stadium of the Aachen Laurensberger Rennverein. Also Petrus was gracious and allowed everyone a dry run and even gave – despite threatening dark clouds – some sunbeams. We all had a lot of fun and felt well prepared for our summer party at the dragon boat race at the Rursee in June. For us it’s clear: Next time we’ll be there again – then with a bigger team! 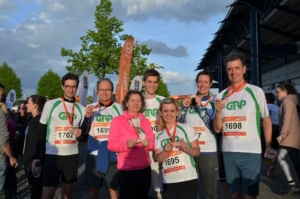 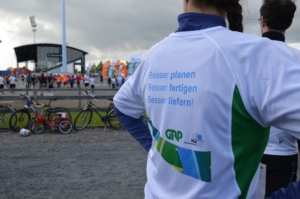 2016 was an exciting year with a lot of change for us. With a close connection to GRP and the resulting opportunities, FLS starts the new year motivated. We are very satisfied with the transition to the new premises and the gain of the new colleagues. Our customers also welcome the new top management with open arms. We will do our best to advise and support you with the usual reliability and professionalism. We look forward to further cooperation and new projects in 2017.

Also in 2016 we used FLS and GRP Christmas as an occasion to “give back a part”. Thus we supported the campaign MENSCH and would like to recommend this campaign to you as well. Your motto “We win” reflects very well our experience in the past year.

Here you can find more information about Aktion MENSCH.

The whole team of FLS and GRP wishes you a happy, healthy and successful new year!

2014 a lot has happened in the world, people are in need and need help and support. We have therefore decided to support “Doctors Without Borders” this year instead of giving Christmas presents.

Doctors WITHOUT FRONTIERS provides medical emergency aid worldwide in crisis and war zones and after natural disasters. The international organisation helps quickly, efficiently and unbureaucratically – without asking about the origin, religion or political convictions of the people affected.

The international and national staff of doctors without borders work in more than 60 countries – doctors and nurses, midwives and logisticians. They treat sick and wounded people, take care of malnourished children or provide clean drinking water and latrines.